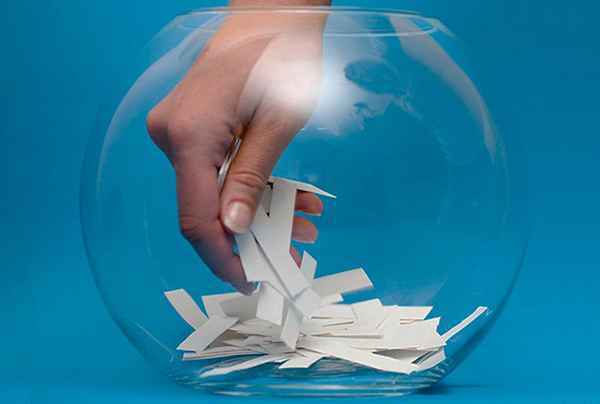 The Fishbowl Game: Ideas, Questions, Rules, and How to Play

We all love a good game. Considering how often people spend their time in front of computers or TVs, it’s no wonder that, sometimes, they yearn to just relax. Usually with a game which everyone can enjoy, but one that doesn’t involve a keyboard or a joypad. Sometimes it’s a friendly game of Monopoly, Clue, Risk or Twister. Other times it is charades, or even Shiritori (known in the US as Word Chain). However, few games are as amusing as the fishbowl game.

So what does this game entail? What are the rules and what, if anything, do we need to play it? This handy guide will provide all the rules of the fishbowl game. Furthermore, there will be a few useful tips and tricks to help players win.

How to Play Fishbowl 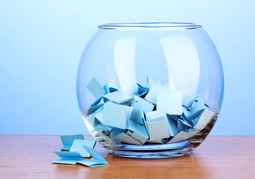 The fishbowl game is essentially a memory game with elements of Charades, Taboo, and Password, among other games. It’s a group activity, so, unfortunately, it can’t be played by less than four people.

What Players Need: Preparing for the Game

Like with many group games, we need to have a few objects handy before playing the fishbowl game. First, we’ll need a couple of pens or pencils. Anything that can write, really. Next, we need a pair of scissors and some paper. Then, we’ll require a timer. Any old smartphone has one, but an egg timer would also do. Finally, we need the main element, i.e. the fishbowl. However, it needn’t be an ACTUAL fishbowl. Regular bowls or pots would do fine as well.

1. Filling in the Fishbowl

We will need to have two teams, if possible with the same number of players. Every player then takes three pieces of paper. They are to write one phrase or word on it using the aforementioned pens. Next, each of the players folds the paper and dunks it into the fishbowl. Finally, once the fishbowl is full, one of the players (it doesn’t matter who) shakes the bowl to mix up the papers.

Note: We never use words or phrases that are too obscure or unknown. Part of the game involves guessing, so everyone should keep it simple enough.

2. Guessing Round, or the “Taboo” Portion

This step includes guessing via association. That means no gestures and no outright saying of words written on the paper. In detail, the guessing round looks like this:

This round ends once all papers are out of the bowl. The teams then count their papers, and each individual paper gets them a single point. After they tally the results, they move onto the second round.

Once the words are back in the fishbowl, the new round begins. This time, it’s the second team from the last round that starts things off. Once again, the players have a minute to guess as many words or phrases as possible, and once again they aren’t allowed to mimic the word or phrase in question. The moment the fishbowl is empty, they tally the results and get them back in the bowl.

The major difference here is in the approach. In the previous round, we could describe our word with a phrase or a sentence. However, in this round, we are only allowed a single word to describe what’s on the paper. Naturally, remembering the terms of the last round helps immensely. To use the lipstick example again, a player could only say “Max Factor” or “Makeup” to illustrate what they want to say.

4. Guessing Round #3, or the “Charades” Portion 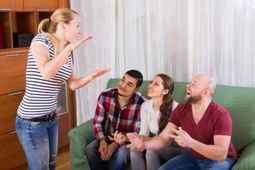 In terms of points and timing, nothing changes compared to the previous two rounds. Again we have single-minute intervals, and again we get to keep every word we’ve guessed. The tallying and the point scoring also remain the same.

This time, however, the word-guessing is drastically different. Unlike the two previous rounds, this one demands charades. In other words, we have to mimic the word or phrase and not utter a single word about it. If that word happens to be “lipstick,” a player can imitate applying it to his or her lips.

Usually, this would be the last round. Players would tally up the points and the group with more points would win. However, players can go well beyond this round.

This isn’t the official name of the round, but it might as well be. The player has to mimic the word his or her teammates have to guess, but there’s a twist. Namely, they have to do it under a bed sheet. This makes the game even more challenging and ridiculous, considering how difficult it can get to see what goes on under the thick white cloth.

Again, not the official name of the round. The player has to describe the word or phrase to their teammates, but not through words or gestures. Instead, he or she has to use various sounds and tones to do it.

This isn’t really an extra round, but more of a combination of the previous two. Making sounds under a sheet can make the whole game even more challenging, especially if there’s an extra rule that the sheet mustn’t move – no gestures at all.

How to Win the Fishbowl Game 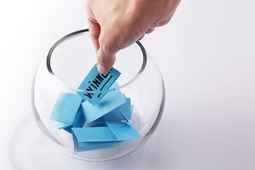 If we were to be purely technical, we’d say “you win by getting the most points.” However, the real question is “how to guarantee a victory in the fishbowl game?”

The first thing to do is to take one’s teammates into consideration. If these are people we’ve known our entire life, it would be better to use words they happen to know or are at least familiar with. Inside jokes also help tremendously.

Naturally, difficult words ought to be avoided. We might know what a word means or how a phrase goes, but our teammates might not. Picking the right words can be the thing that wins the game before it even begins.

Technically, there’s no such thing as the “best fishbowl game words.” However, there are ways to explore this. Before playing, we can go on Google and locate the best words for related games, such as charades. Some of the more everyday ones will sound fine and even silly. Other, more complex words should be avoided.

In terms of phrases, common sayings can do the job. In addition, if the teams decide on pop-culture references, it’s a good idea to have some movie titles, cartoon character names or even dank memes.

The best thing a group of friends can do with a game like this one is to spice it up. Bonus rounds are certainly a way to go, but there are even more creative ways to make the fishbowl game as hilarious as, for example, Cards Against Humanity. These are some of those ideas:

Basically, we are playing the same fishbowl game with the original rounds, but with one major difference. Namely, the first guessing round has to be done in questions rather than phrases. It’s a far more challenging endeavor than merely explaining what the word is.

Only adults ought to play this version. Of course, there are several ways of playing the fishbowl game with drinking involved. First off, we can drink for every guessed word. Next, the losing team can take shots equal to the number of the difference between the points. The rules can also vary depending on who wins or loses at the end of the round. For safety reasons, we must stress this as well – drink responsibly.

Again, this version is only for adults. Basically, it works like strip poker, except the losing team has to remove as many items of clothing as is the difference between the points.

The fishbowl exclusive game is essentially the same as the regular one, with one key difference. In this version, the players decide on one single topic for the fishbowl. For example, they can be only films, or comics, or celebrities, or any number of topics. This can narrow down the possible choices, but it lets the player creativity explode.

Most people find this particular fishbowl game the most challenging. The players decide on the number of languages that can be used when writing out the words. This way, the players have to guess the words not only in English but also in whatever other languages were designated. Considering how long this version of the game can last, the timer can be set at two or even three minutes.