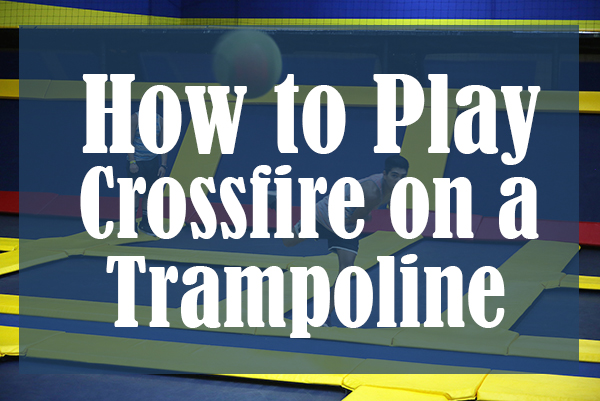 How to Play Crossfire on a Trampoline

Looking to have some fun? Can’t think of an exciting outdoor activity? Then look no more. Trampolines represent a great way of having fun!

Besides simply jumping around, you can also play games on them. In fact, there are games that are suitable for all age groups.

But today, we will present to you the crossfire trampoline game. Also, we will answer the question that's on everyone's mind — how do you play crossfire on a trampoline? 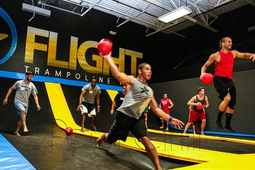 You can think of crossfire as dodgeball on steroids! Or in this particular case, on a trampoline. This game is best suitable for a bigger group of players.

How do you play crossfire on a trampoline?

Consequently, you can decide what happens if the player on the trampoline gets hit. They can either switch places or be eliminated. If you go for the second solution, do not forget to switch the players in the next round.

On the other hand, you can use the point system in the crossfire trampoline game. If a thrower hits a player on the trampoline, then they get points. You can figure out on your own how many points one player can earn. Also, decide how many points they will get when they hit someone.

In addition, if you would like to get crazy, throw in another ball. That way, you can double up the fun!

In order to make it safe for all participants, try to introduce some rules. For example, you can forbid hitting in the head, or you can subtract points for this type of play.

The crossfire trampoline game is appropriate for everyone over the age of eight. However, by introducing some smaller changes, we can adapt it for younger participants. For example, we can replace soft balls with balloons. This will prevent children from hurting themselves. One of them can throw a balloon, while the others dodge it. If one of them gets hit, it is their turn to throw it.

If you would like to spice things up, you can change the role of the trampoline. In this version, the trampoline could act as a thrower! Moreover, you could simply leave the ball on the trampoline and jump around it. The goal is not to touch the ball. As a result, if you touch it, you are out. The last one standing is the winner. 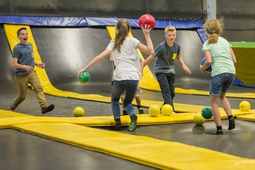 Now everyone knows the answer to one of the most important questions about trampolines — how do you play crossfire on a trampoline?

Hopefully, this article has given you plenty of ideas on how to introduce this game into your life. Remember — it is suitable for both boys and girls, as well as for people of all ages. The only thing you should pay attention to is making it as safe as possible. Solve that issue and we have no doubt you’ll love playing crossfire for hours every single day!