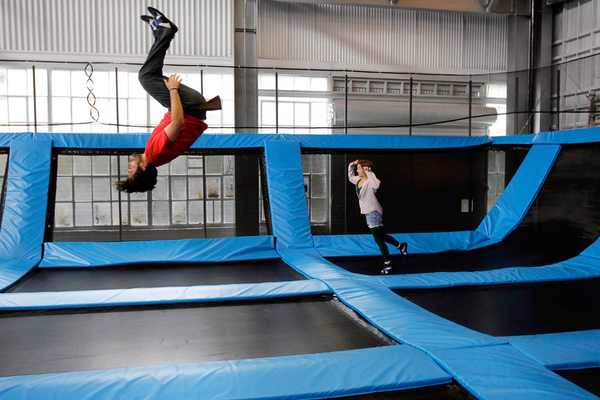 Common Trampoline Injuries and How to Prevent Them

Trampolines are common among teens and children and even some adults. Even if it's fun to do somersaults and jump on trampolines, landing wrong might cause permanent and severe injuries. These common trampoline injuries can occur even when your trampoline has padding, and a net and parents are supervising.

How many trampoline injuries per year 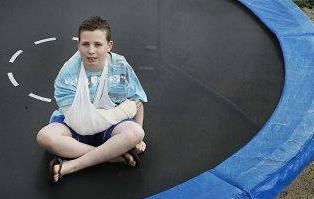 There is no disputing fact that a trampoline is a lot of fun for the entire family. Nonetheless, there are many risks associated with them. For example, in the US alone, there are approximately 100,000 trampoline cases reported each year.

If your kid experiences an injury while playing on the trampoline, take him or her as soon as possible to a pediatric urgent care center for treatment. Seeking treatment fast is imperative to prevent further injuries and complications. In this article, we will explore ways that will help you and your family prevent the most popular trampoline injuries. 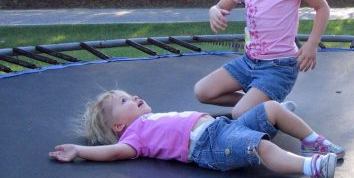 Thousands of people get injuries on trampolines every year. Most of the injuries occur on home trampolines. Kids below the age of six years are at highest risk of injury. Here is a look at some of the popular mishaps children experience while on the trampoline.

Falling off the trampoline and landing in the wrong way can easily result to broken bones. From time to time, this type of injury is evident, because you can notice the break to the bone. In other instances, like a greenstick fracture, the damage might be difficult to notice. Greenstick fractures happen when a bone cracks instead of breaking, and they are very popular in kids, whose bones are not still fully developed. Once you notice some bruising or swelling around an injured region and your kid is complaining of lack of mobility or pain, you take them to an urgent care center for an X-ray as soon as possible.

When a child's fall on the trampoline includes a bang on the head, then a concussion is likely to occur. A pediatrician should assess any head injury, because the symptoms your kid has are not automatically indicative of the seriousness of his or her injuries. Even the mild symptoms can get associated with a severe injury. If your kid becomes confused, unconscious, or is experiencing balancing difficulties after a head injury, you should seek for emergency pediatric care.

Muscle strains and sprains can be more painful when compared to broken bones, particularly when they are not treated the right way. When your child gets a strained or sprained muscle, you should take him or her to an urgent care facility so that the pediatrician can evaluate the injury and begin treatment. In some instances, simply resting this type of injury is enough, but in other cases, the doctor may decide to wrap it up in a compression bandage to expedite the healing process.

These injuries can lead to death or permanent paralysis.

Looking for a safe trampoline? Safety is our main priority

Here is a list of our buying guides to help you find the best for your needs:

How do most trampoline injuries occur? 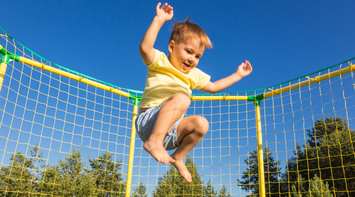 Most trampoline injuries occur when more than one person is using a trampoline.

Trampoline accidents with a net 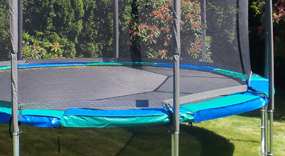 How trampoline safety nets can save the lives of your children

A trampoline net is a must-have safety accessory for any trampoline together with the safety pads. These accessories have helped save many kid's lives by shielding them from unwarranted injuries. 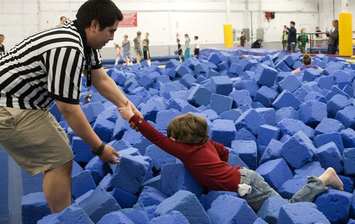 Regardless of the location, fractures and sprains were the most popular trampoline injuries reported. However, sprains accounted for 61 percent at the trampoline recreation facilities. The study also found that dislocated joints were more likely to occur twice as much at trampoline parks than at home.

At trampoline facilities, fractures were more in younger kids than in adults and teens, accounting for nearly half of the trampoline injuries for children below the age of six years. However, the younger kids were less likely to sustain sprains compared to the adults and older teens.

Rebounding or exercising on a mini trampoline speeds up your heart rate as well as respiration to give a relatively comfortable way of torching calories. Mini trampoline exercises have their drawbacks as well. Because they are small in size, these trampolines have limited space to perform physical workouts. That means there are only several basic exercises that you can do on the equipment. These activities can become boring to you, and there are inherent risks associated with a mini trampoline.

Full-sized trampolines are commonly known to cause various injuries, but studies have proved that mini trampolines aren't any better, all together. In fact, more kids are hurt while on a mini trampoline than the big ones, even though the latter frequently result in more severe injuries. Most of the accidents that occur at home occur when a user falls on the mini trampoline than off it. Others cause wounds and cut varying in severity. Due to this, the American Academy of Pediatrics recommends the use of these trampolines only at certified places, such as gymnastics centers.

The mini trampoline can pose a danger when used by many people. There's always the likelihood of falling off this equipment particularly if you suffer from any balancing problems. Proper use of mini trampolines is vital to prevent accidents and injuries. Avoid jogging too fast or jumping too high. Ensure that there is enough of overhead space in the place you use the mini trampoline.

These are perhaps the most common injuries when using a trampoline. Flip out trampoline injuries occur most often during stride precisions or landings where you put loads of pressure or strain on a particular part of your ankle joint. Whenever you are twisting, jamming or rolling your ankle you are spraining your joint. Additionally, moves with lots of flipping and twisting will increase the possibility of spraining your ankles.

Trampoline injuries of the cervical spine

Double bouncing refers to the use of a trampoline by two people at the same time. During double bouncing, it's possible that the movements of one person will affect the ricochet of the other. While it may be a valuable and an enjoyable learning experience, it can increase the danger of immediate injury, once compared to single contestant bouncing. It's therefore vital to carefully regulate the double-bouncing movements and place limits, to balance the risks involved with the benefits.

Factors that increase the risk of double-bounce trampoline injury include:

In the United States, approximately 30 million young kids and teens take part in some organized sports each year. More than 3.5 million injuries which lead to some loss of participation time are experienced by the contestants annually. About one-third of all reported injuries suffered in childhood are often sport-related. By far, strains and sprains are the most popular injuries.

According to the 2009 estimated injury statistics released by the Consumer Product Safety Commission, playground, bicycle- and sports-related injuries occur mostly among children aged between 5 and 14 years.

Studies indicate that over 775,000 children aged 14 years and below are treated in emergency department centers each year for sports-related injuries. Most of these injuries occurred due to falls, collisions, being struck by an object, and overexertion during informal or unorganized sports activities.

How to prevent trampoline injuries

There is a very little chance that families are going to stop purchasing trampolines. However, there are some few steps you can take to ensure your trampoline jumping is safe and fun:

It is evident that some sports activities are riskier than others. For instance, contact sports like football are expected to cause a more significant number of injuries compared to non-contact sports such as swimming. Nevertheless, all forms of sports have a possibility for injury whether from misuse of a particular body part or trauma as a result of contact with other participants or players.

However, it's possible to avoid most of the common trampoline injuries. It is therefore essential to follow the above safety measures to make trampoline bouncing a safe and exciting experience for your kids at all times.

Looking for a safe trampoline? Safety is our main priority

Here is a list of our buying guides to help you find the best for your needs: